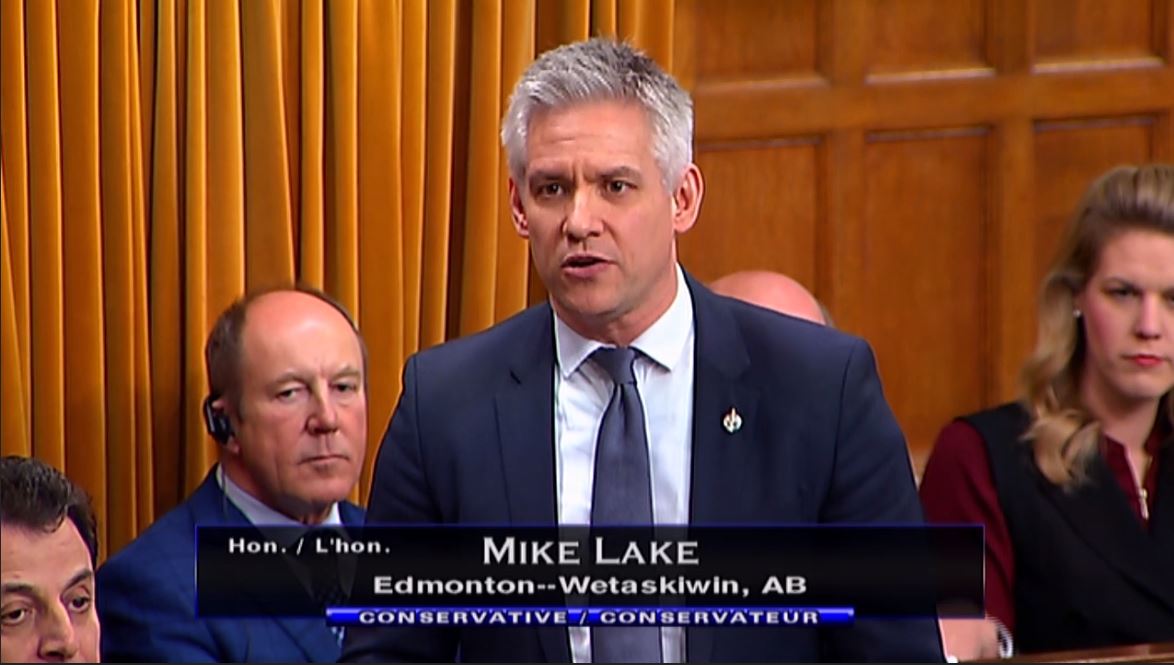 Today in the House of Commons, Mike rose to deliver a powerful one-minute statement on Canada’s Energy Policy.  During his statement, Mike addressed some concerning numbers regarding Canadian oil imports:

Each day, Eastern Canada imports over 750,000 barrels of oil. After the US, the top source countries are Saudi Arabia, Algeria, and Nigeria. The oil arrives via large tankers and rail, and represents tens of millions of dollars taken out of the Canadian economy every single day.

The math is very simple. Oil’s already being used by Canadians – just not Canadian oil.

Billions of dollars are simply forfeited each year, dollars which could fund healthcare and education, fuel employment, and help foster real environmental innovation in every region of our country.

Canada’s energy sector is undeniably one of the world’s most accountable and transparent. And, yet, this Liberal government has incomprehensibly stacked the deck against it, as in the case of Energy East, requiring our own industry to play by vague and ever-changing rules which don’t apply to foreign competitors.

This purely political strategy is both infuriating and incredibly divisive, and it’s time the Prime Minister put an end to it, for the good of all Canadians.”