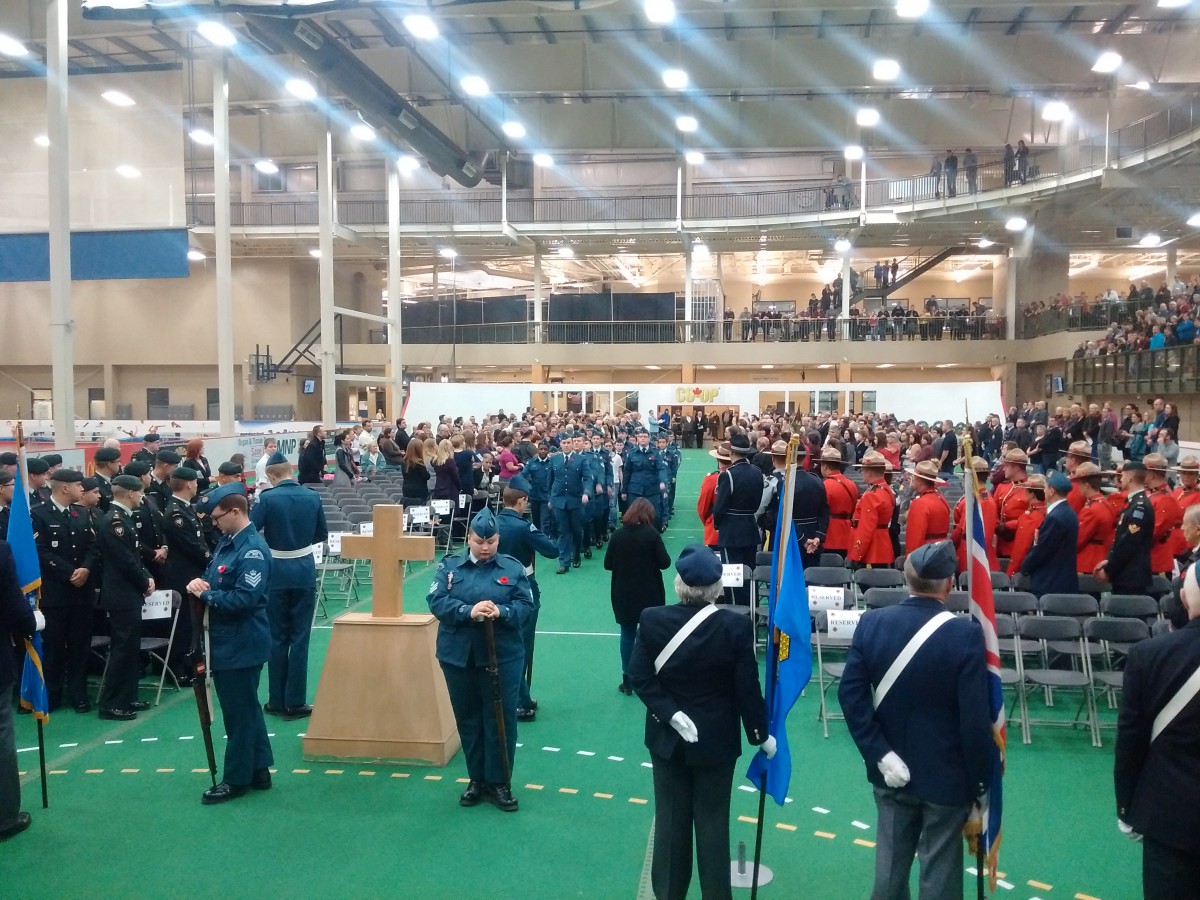 Today, Mike joined Canadian veterans, men and women in uniform, and other special guests at Remembrance Day events across the constituency. He shared these words:

In 1939, Canada entered World War II. Our population had grown to 11.2 million. Over the next six years, more than 1.1 million Canadians served – ten percent of our entire population. This time 44,090 died.

In total, during the course of 150 years, more than 115,000 Canadians have given their lives for our great country. Many times that number have served, returning from the battlefield with physical injuries and/or haunting memories that remained throughout their lifetimes.

During World War I alone, 10,000 Canadians were diagnosed with shell shock, a blanket term used by soldiers to describe those who broke down under the strain of war.

The Canadian War Museum describes shell shock like this:

“The pace and intensity of industrialized warfare had profound effects on the human mind and body that were not related to wounds or physical injury. Poorly understood at the time and for many years afterwards, the crying, fear, paralysis, or insanity of soldiers exposed to the stress and horror of the trenches was often held by medical professionals to be the result of physical damage to the brain by the shock of exploding shells. Military authorities often saw its symptoms as expressions of cowardice or lack of moral character. Its true cause, prolonged exposure to the stress of combat, would not be fully understood or effectively treated during the war.”

A century later, we are only beginning to understand the effects of what we now term post-traumatic stress disorder, or PTSD. Almost none of us here today can possibly imagine, or would even want to imagine, what those who have served our country experienced on the battlefield. We can’t know what it was like to return, and carry those memories for decades, often unable to speak about them.

What we do know is that those men and women are true heroes. After defending our country abroad, those who returned dedicated themselves to building our country here at home.

As we celebrate 150 years of Canada, we owe it to them – those who died in battle and those who fought bravely and returned to continue building – to take our own responsibilities as seriously as they took their’s.

It’s easy here in the comfort of 150-year-old Canada to take for granted what we have – to forget that this isn’t the way it’s always been, or even the way it is in the vast majority of the world today.

The Canada we enjoy and celebrate in 2017 didn’t materialize randomly. It was envisioned, and built and defended. The cost was immeasurable. Our responsibility is profound.

To the men and women who have served, and who continue to serve our great country – thank you, and God bless you.