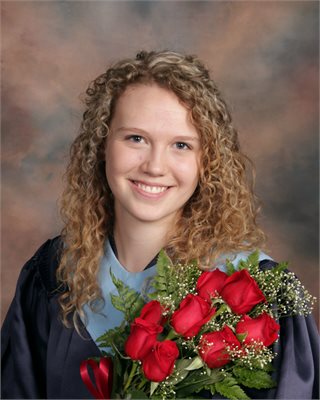 Mike, and his son Jaden, presented Amelia Stevenson with the 2014 Youth Leadership Award for Millwoods Christian School, in recognition of academic success and leadership, at the school’s awards ceremony on October 15.

The award is intended to recognize and celebrate the outstanding achievement in leadership of a student who has completed grade twelve.

Amelia was a co-chair of the Student Council, as well as the representative at School Council Meetings and the Edmonton Public School Board Advisory Council for the 2013-2014 academic year. She was involved in sports at MCS, having played for the school’s volleyball team. She was also the set design leader for three school plays.